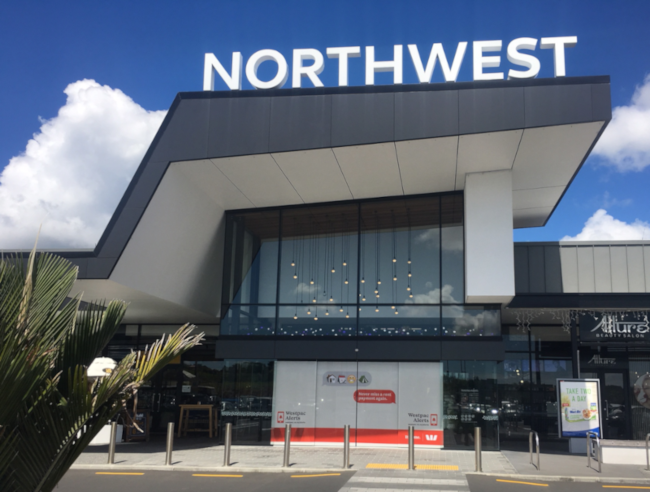 Stage 1 of the NorthWest Shopping Centre opened on 1 October 2015. Located in the North West of Auckland, the Centre’s leasable area is approximately 32,500 sqm and it supports over 120 specialty retailers and restaurants, plus Countdown and Farmers.

As a full consult, design and build solution, the system installed at the NorthWest Shopping Mall in West Auckland is testimony to the ability of the AAE team to work in with other trades, adjust to tight and changeable timelines and balance the performance considerations of a exceptional distributed audio system, with the aesthetic requirements of demanding consultants and architects. Being involved from inception, allowed us to provide this client focussed team a great deal of flexibility in not only how the system would sound, but also how it would blend in with the other elements of the architecture.all while the requirements for the space evolved.

From a facilities management point of view, the ability to route different sources of audio throughout the shopping complex was key, this included taking inputs from ‘center court’ in the heart of the mall and using the installed audio system to reinforce events which were running within that space, bringing more shoppers to the centre of the mall to experience the event.

With a diverse range of surface heights, construction materials and uses for the various spaces throughout the complex, being able to tune the system to maintain a comfortable level of even coverage was high on our list of desirable outcomes. By all accounts this was achieved, and the system performs very well to this day.

A sound system installation is just the start of a relationship. That there is someone on the end of the phone and in their van within a few hours when requested is what counts.

When Jake Sames, Facilities Manager joined the NorthWest team, he was not even sure who had installed the distributed multizone audio system when a microphone suddenly stopped working. Up until that point, and it had been a number of years, there had been no issues with the mall’s background music and PA system. In fact, it was barely even commented on due its ease of use, quality audio and its proven reliability.
Jake contacted AAE, and based on his experience of call out times with other organisations in previous malls, he expected to have to make a few follow up calls and possibly face a long wait for anyone to come to site.

But AAE were fantastic. They were quick to respond, and their technician was really good. He was professional and thorough. Nothing was too much trouble.

Jake has no qualms in recommending AAE, I'd definitely use them again in any future installations just based on their responsiveness. Your PA system has to be up and running in a mall, and AAE made sure that it was back up again in a very short space of time.